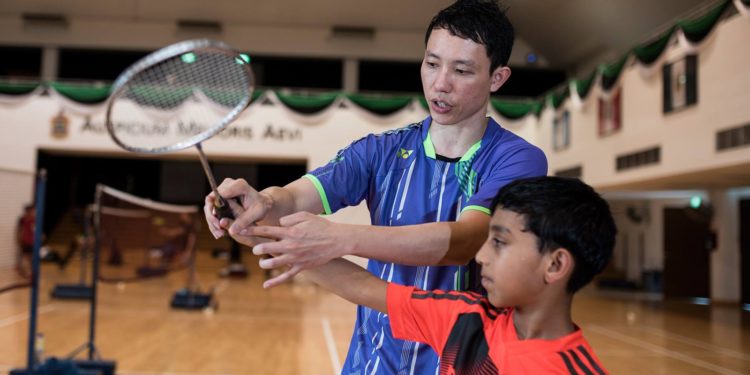 In his days as a national badminton player, Ronald Susilo represented Singapore at the Olympics in 2004 and again in 2008. He played in the men’s singles event and held a world ranking that peaked at Number 6.

From academic pursuits to Olympic dreams

When Ronald was 14 years old, the gangly youngster moved from his hometown in Jakarta to Singapore for a better education. After completing his O levels exams, he decided to stay in Singapore and play badminton as a full-time sportsman.

Ronald joined the Singapore Badminton Association in 1998 and started training with the national team. In 2002, he gained entry into the national squad after finishing second in the Singapore Open and winning silver at the Commonwealth Games.

At his very first Olympic match, Ronald beat then-world Number 1 Lin Dan during the round of 32. He made it all the way to the quarter finals before getting beaten.

Ronald qualified for the Olympics again in 2008, but bowed out of the competition in the first round. He retired afterwards and started the Ronald Susilo Badminton Academy in 2010.

Tueetor (T): Of all the matches you have played, which one had the deepest impact in your life and why?

Ronald Susilo (RS): There are two tournaments that will forever stay in my memory. One of them was the Japan Open which I became the champion. I played very well and I think in that tournament, I was [at the] peak of my game. The second tournament was the Olympics 2004 where I managed to reach the quarter finals. I managed to beat the world no. 1 Lin Dan but unfortunately lost to the thai players after that. I was disappointed as I was expecting to win in that Olympics.

T: At which point in your career did you feel like you failed and how did you overcome it?

RS: I have experienced many setbacks during my career. Every year, there will be ups and downs. It will make us feel sad and discouraged, but for me, I always take it as a learning experience, I will just train harder and try to bounce back and just do my best for the next tournaments.

T: Who is Ronald Susilo as a coach?

RS: There’s a huge transition for me becoming a coach, but I still stick to my main principle. I have to be strict, and discipline is my outmost priority. The students must train hard and always listen to the coach. I think all of these are very important factors for a player to be succesful.

T: Who is Ronald Susilo off-court?

RS: I’m just a normal person, easy going, interact well with my friends. I have two children, so basically I’m a driver in my family (laughs). I pick and send my children to school and send my wife to work as well.

As Head Coach of the Academy, Ronald leads a team of coaches who were former national players from Singapore and the region. He spends much of his time now coaching the next generation of badminton players.

In an interview, he shares, “After playing for so many years, I would like to impart my knowledge and skills to the young ones. The goal is to produce badminton champions in the future and at the same time, promote the sport and to continue my legacy here.”

“One day, I hope to produce a champion for Singapore – not just earning a living through badminton.”

This post is part of the ‘Continuing The Legacy’ series, where Tueetor chats with former national athletes about their achievements on the world stage and their current coaching careers.

Book your class at Ronald Susilo Badminton Academy on Coursaver! For more information, visit tueetor.com/coursaver, call +65 6206 6660 or drop us a message on WhatsApp at 9883 3867.